From Composing on the Computer to Writing by Hand 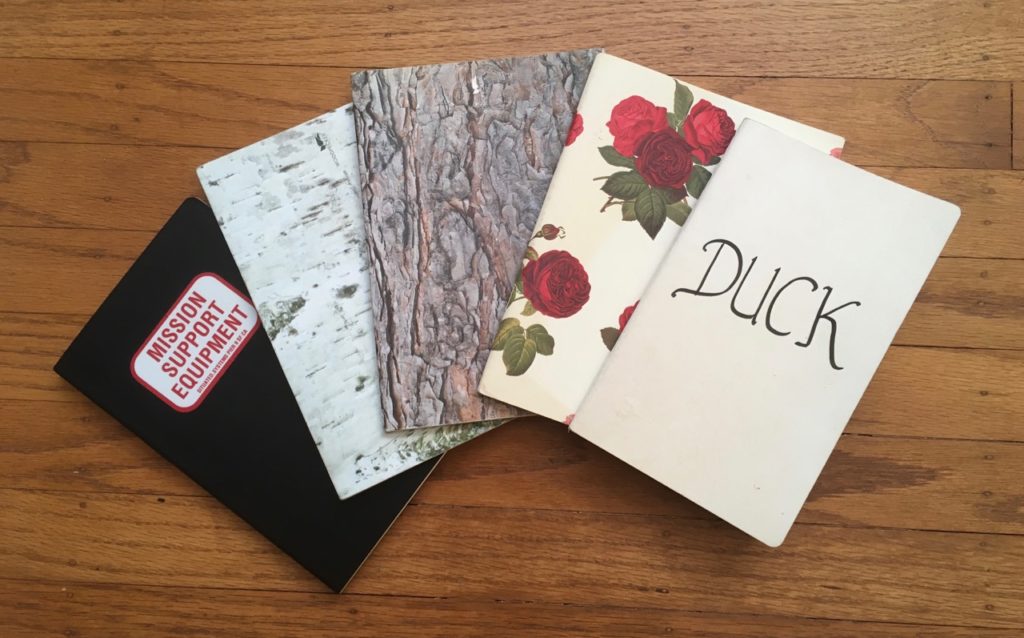 When I was young, I sometimes wrote poetry at my computer. That was when you could be on the computer without being online, and being online meant tying up the house phone line. Now I mostly compose new poems by hand, because it's how I can get away from flow-breaking distractions. As a result I've been motivated to maintain a legible hand.

From the outside it might look like some kind of poetic preciousness. Ahh, she writes by hand, in a special notebook! But it's all about the practical considerations of the work. If there is anything romantic about it, it arises out of the association the work gives the tools.

I write in a special notebook so poems don't get lost in the mess of the discursive personal journal, or the business time of the planning bullet journal. Every once in a while I type them up. When I type up the poems, I make folders named after the notebooks. So, Blue Notebook, Pine Notebook, Birch Notebook, Red Notebook and so on.

It's important that the notebooks don't carry any inherent meaning so they don't limit the possibilities of the poems I might write in them.

Recently I got a couple of white notebooks. To distinguish them, I gave them names, but I was careful to not be serious or significant. So the one I just finished is Birb is the The Word, and the one I'm using right now is DUCK.

I didn't at any point sit down and think This Will Be My Process Now. I just sort of started writing poems in a notebook, and then started going to cafes to write and took the notebook, and when it filled up I started another notebook.

If I have any real (not joking learn dog language) advice for writers it's that you have to figure out your own process. That process isn’t something that you can sit down and invent ahead of time. It will arise out of practices that work for you, that you elaborate on slowly, if you need to [1]. And that it might change depending on your circumstances.

Just keep writing. The rest will sort itself out over time. Keep writing and if you accidentally stop writing, start again. Do that as often as you need to.

[1] Sarah Perry’s recent post on ribbonfarm, “Deep Laziness,” talks about how iterative elaboration on simple forms gives rise to beauty. The principles and practices she outlines apply to the structure of the creative process itself, not just the output. Or at least they do for me.